How To Lose Your Baby Weight 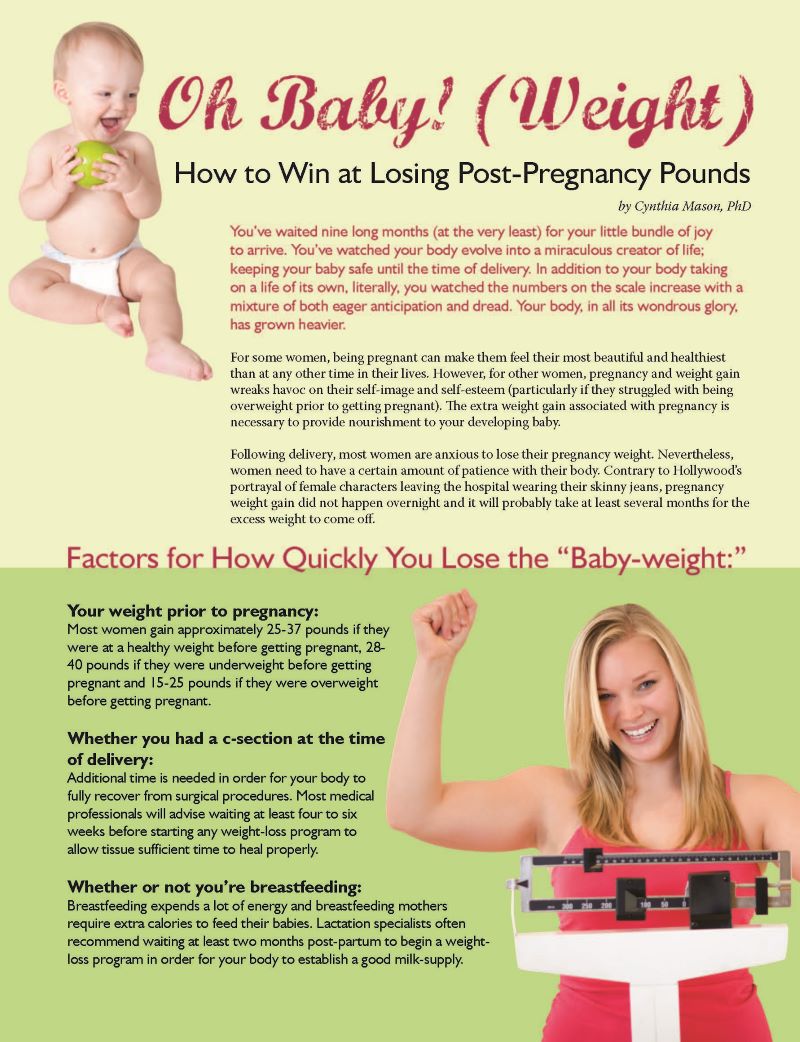 After having two children eleven months apart, my body was suffering. The baby weight I gained between the two pregnancies wasn’t limited to just my stomach. My thighs and arms had also added weight. Losing this weight wasn’t as easy as I thought it would be. A few years ago, I was a weight loss counsellor. At work, I would get frustrated when new mums would come in complaining that they just couldn’t get the weight off. I thought they were making excuses. Now, I can see that their struggles were real.

After having a baby, many mums choose fad diets and quick fixes to lose the baby weight. I was determined that I wasn’t going to lose it that way because I know that weight lost rapidly will come back just as fast.

Instead of severely limiting only certain food groups, such as carbohydrates, I opted to follow a …

I was a college athlete, so fitness was always a huge part of my life. After I graduated I spent the next few years shunning most forms of exercise, rationalising that I deserved a break. Fast forward a few years and two kids later and I found myself fifty pounds overweight. I tried a handful of diets and began and quit a variety of exercise regimes. When it became clear that I would never lose weight this way I realised it was time to make a lifestyle change.

In six months I went down seven dress sizes. So, what was different this time? Why was I finally successful? I dumped fad diets and dedicated myself to eating healthy and exercising consistently. Suddenly I was a fat-burning furnace.

Below are some fat-burning tips to help you lose the weight you have been wanting to shed: